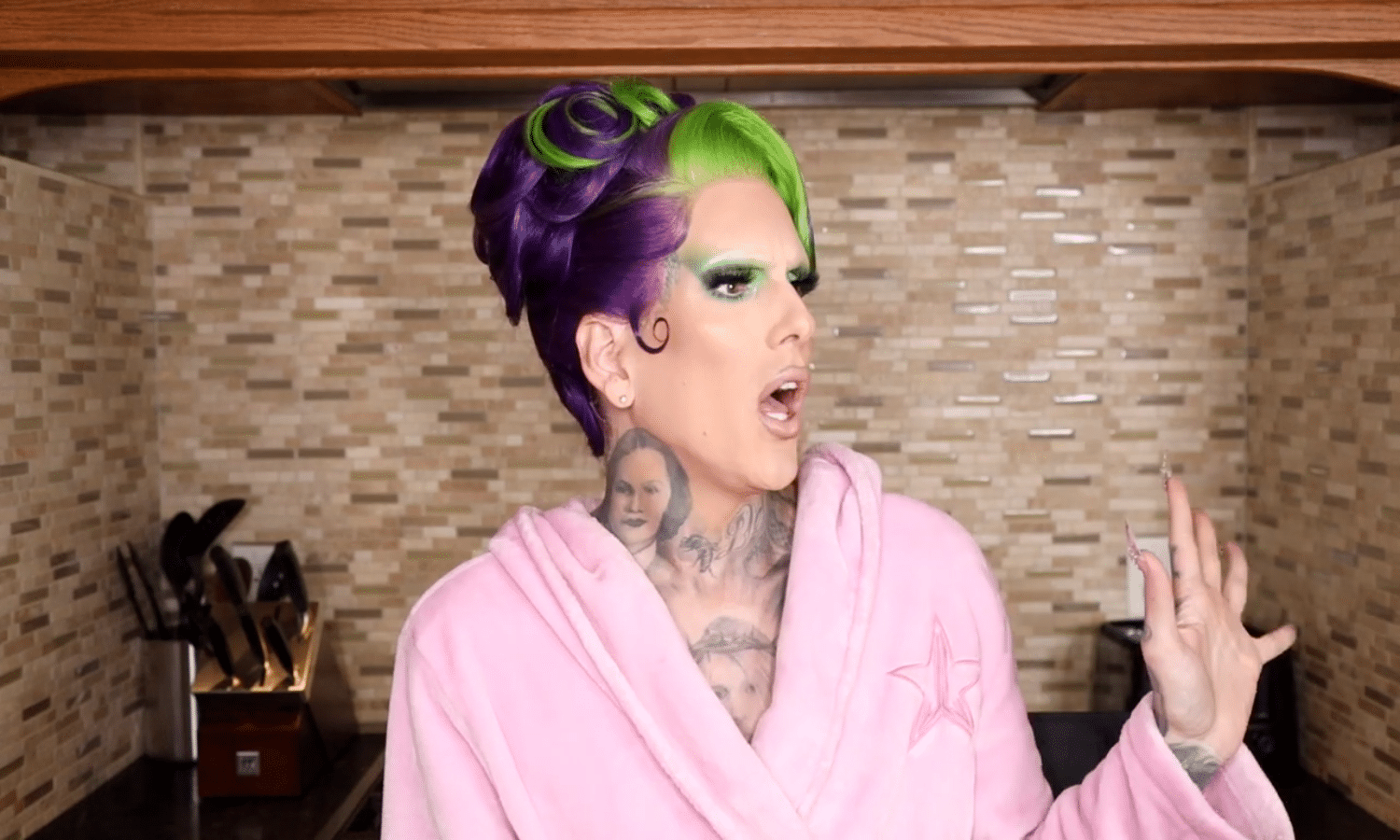 Jeffree Star, star of RuPaul’s Drag Race and beauty influencer, recently found himself embroiled in one of the biggest celebrity scandals. Following the announcement that Kim Kardashian and Kanye West are splitsville, Ava Louise, a Tik Toker known for popularizing the coronavirus challenge, which consisted of licking an airplane toilet, revealed that Starr and West were involved in an affair.

@realavalouiisei can’t say WHO cuz he’ll sue me hint hint but it’s part of the reason Kanye’s so religious now it’s his self hatred …. my source is legit I promiss♬ original sound – Ava Louise

That day, Star posted a selfie on social media, with the caption “I’m ready for Sunday service,” which fans and followers of the story somehow interpreted as confirmation of the rumored affair.

Finally, on January 7, Star uploaded a video where he addressed these rumors, saying that he’s surprised about this whole story. He then says that he’s single and not seeing anyone. The nail in the coffin: “Let me just say this one time for any news outlet: I like very tall men.”

Now that we got that out of the way: Does Jeffrey Star smoke weed?

In 2019, following the legalization of cannabis in Michigan, Star said that he was going to get involved with the cannabis industry, posting some vague tweets that hinted at a “weed empire,” although much didn’t come after those comments.

Among his merchandise he sells grinders and he has also reviewed marijuana make up products in his videos, like KUSH Mascara. He’s been open about his enjoyment of weed, throwing theme parties and speaking about the drug on his YouTube page as well as tweeting about it.

STAR KUSH BDAY ?
Last night was perfect and one for the books… I’m still high ? pic.twitter.com/Ghw6M1STU3

While a weed themed birthday party and selling marijuana merch doesn’t immediately imply that Star is a regular weed smoker, it does suggest that he has no issues with it. We interpret that as a yes.