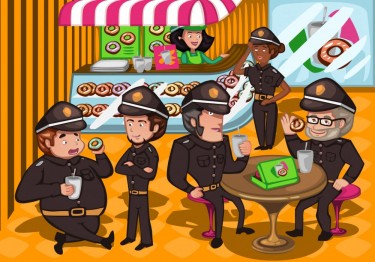 The police and cannabis users have been on the opposite side of the issue of prohibition. The first person who was sent to prison for marijuana was Samuel R. Caldwell. He was one of the first people convicted and sentence to prison for cannabis under the marijuana Tax Act of 1937 according to federal files.

Since then, millions more have been harassed and have had their Liberty stolen from them in the name of the law. Considering that cannabis is the most consumed illicit drug on the planet, the police had an ample pool of people to persecute.

Yet these days, in 2021, the world is ever moving closer to a legalized society. Cannabis is on the verge of making a major shift within the public mind and will be considered one of the many substances deemed OK for consumption by the government – on a federal level.

This will completely change the dynamics between police and consumers. With cannabis being legal there will be more specific offenses that will be punishable by law enforcement. Seeing that some believe that all states in the United States we’ll have some sort of legalized cannabis on the books by 2024, there are many people that are currently considering how these interactions will manifest.

In the following article we will be considering some of the major shifts that one can expect while analyzing some ideas that was presented by Melanie Reid in a paper entitled “Goodbye marijuana schedule one- welcome to a post legalization world”.

How law enforcement evolved due to the war on drugs

The war on drugs have had a significant impact on society. One of the major areas that have been completely transformed is law enforcement. Before the war on drugs, the police were considered allies and the force that upheld law and order.

However, once the controlled substance act of 1971 was officiated into law, police stopped being the ally of a citizen and became their oppressor. Cannabis was so widely consumed during that era, that the decree that cannabis is public enemy number one- gave police carte Blanche to abuse their powers and in turn crippled public trust in the institution.

Not to mention that the bulk arrests of the war on drugs were directly affiliated with minority groups. This transformed the police not only into an oppressor but an agent of systemic suppression.

During the Reagan era the police were granted even more powers and now has the right to seize property and goods without even having a human being implicated in the crime. Additionally, their ability to surveil increased significantly and the surplus of the Pentagon assisted in militarizing the police force.

Now in 2021, 50 years after the control substance act of 1971 was signed into law by a criminal president- the public trust in the police has completely eroded. This can be evidenced by all of the riots that have been seen in 2020.

Now that cannabis is becoming an approved social commodity, the rules of the game have changed.

For example, smoking cannabis while driving remains illegal even if marijuana is legalized on the federal level. The difference in crime is that no longer the possession of the substance alone would constitute you breaking the law.

This is one of the reasons why lawmakers are so adamant about having the proper technology or procedures in place prior to legalizing at mass. Things like functional breathalyzers or perhaps smarter technology such as the Druid app of which I wrote about recently.

Potential offenses that could get you fined or land you in jail.

If you are fortunate enough to live in a place where home growing cannabis will be legal, then there is a likelihood that law enforcement might pay you a visit if you grow more than the sanctioned number of plants.

Of course, if cannabis was truly legal there would be no limit on how many plants you could grow at your own home just like there is no limit on how many tomato plants you can grow at your own house. Nonetheless, it will be incredibly difficult to enforce the plant limit unless those that are growing are doing so with no regards to hiding their operations.

However, let’s say that you are allowed to grow up to 8 plants in your home, pushing that threshold to 10 or 12 will in most cases not cause any significant issue. in fact, offenses like this would probably only result in a fine or something similar.

Additionally, public conduct laws will also be implemented. For example, public consumption might be barred from the area where you are currently living, or like alcohol, being overly intoxicated in public could also land you in the “drunk tank” or cannabis related alternative.

Law enforcement would still go after large illicit cannabis operations, seeing that cannabis is still a cash crop and that illegal players are still participating in the market.

The future of weed policing.

While currently we are still speculating about the interactions of law enforcement and cannabis in a post legalized society, we can already see some of these things occur in legal states. We will see if the Biden administration holds true to their word and does a major shift federally in favor of cannabis, but I would not hold my breath. Nonetheless, there is more support for this now than ever before in history and so one can hope.

Here’s to smoking weed with cops one day. 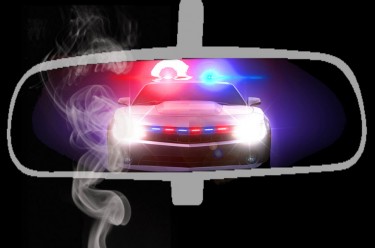 HOW TO STOP THE POLICE FROM SEARCH YOUR CAR FOR WEED? 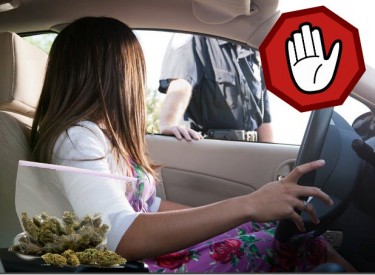 CAN POLICE REALLY SMELL WEED IN YOUR CAR, WHAT TO DO!